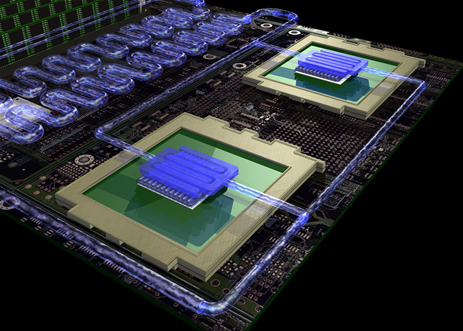 IBM introduces their new Power 575 supercomputer using the POWER6 processor and hydro cluster water cooling technology to achieve record speeds up to 5 GHz. According to IBM it is equipped with 448 processor cores per rack offers users nearly five times the performance and more than three times the energy efficiency of its predecessor.